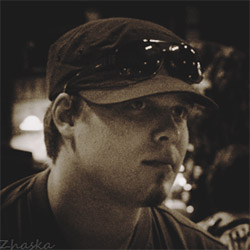 "Zhaska has done a long journey all the way from Joensuu city to the three meetings Turku, Lappeenranta and Ruokolahti. He is a rock solid Jaeger and a booze drinker all in one."

"Zhaska was recruited by Hndmn in 2006. One of the Oldschool Armed Assault 1 crew."

"Zhaska has earned this Meeting Medal for attending the five meetings from the year 2013 to 2019. Zhaska has been te main bootlegger for all of the meetings."

"Zhaska was awarded this Voluntary Service Ribbon for his dedication and activity during the 2016 Autumn trainings."