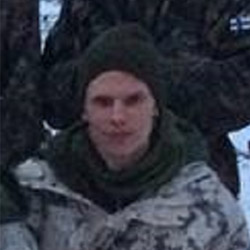 "Huolmanos joined the unit just a bit over six months ago and then decided to attend the meeting right away. Huolmanos proved to be a valuable player in the meeting and received a rightful commendation in the debriefing for his actions to take care of the rest of the players."

Huolmanos is now qualified to operate any helicopter as a Crew Chief or a Gunner.

"Huolmanos is no longer a greenhorn but a solid jaeger fighting machine. His third year in the unit is behind thus earning him this bronze member medal."

"Huolmanos was awarded this Voluntary Service Ribbon for his dedication and activity during the 2018 Spring games."

This activity ribbon was awarded to Huolmanos for his +100% activity during the period: 2019 Autumn.